The Lacombe Seventh-day Adventist Church was organized at a Sunday morning meeting, October 17, 1909, held in the “chapel room of the North Hall,” probably in the temporary barn-like structure housing the infant Alberta Industrial Academy. The chairman, Elder C.A. Burman, President of the Alberta Conference, declared the other eight committee members charter members of the fledgling church who immediately voted into membership fifteen other applicants. A slate of five officers was elected to serve this tiny church body – an elder, a deacon, a treasurer, a clerk and a librarian.

The newly formed church met for services at first in Elder Burman’s home in the town of Lacombe, or in North Hall. Each member was encouraged to contribute twenty-five cents toward church expense. By 1911, the church building fund had reached the sum of $21.75. Even with this small beginning, in August of 1911 it was decided to build a church school for the children, which eventually would cost $325.00. Since then it has continued under church operation from the Lacombe Elementary School to CHAJA (College Heights Adventist Junior Academy) to the present CHCS (College Heights Christian School).

Within two years, the academy had built East Hall and West Hall, but it wasn’t until after the third year that the main administration and classroom building was ready for service. Most of the second floor was reserved as a chapel, which the school shared with the church on a rental basis.

In 1916, a major addition to the Administration Building included a greatly enlarged chapel, which again was used by both school and church; however, an early morning fire on May 28, 1930 abruptly stopped this arrangement. After reconstruction of the Administration Building, the new chapel served the church’s needs until the late 1940’s by which time the church had outgrown the chapel.

So, in 1949 the church began to meet in the auditorium west of the present church, now the John McKibbin Education Centre. The Sabbath School divisions were scattered about in various other buildings. Almost immediately the need for a better and more commodious building became apparent, and steps were soon taken to realize the dream of a separate church building dedicated exclusively to the service of God.

A fund-raising campaign was launched on March 5, 1961, and within one week cash and pledges towards a new church amounted to $100,000. Under the leadership of Pastor Ted Andrews (1960-1966), a ground breaking ceremony was held on May 13, 1961, and the first worship service in the sanctuary was conducted on September 22, 1962. Membership at this time stood at 549, but with a vision to the future, the church had been built to accommodate 1, 090 people. The ratio of women to men in attendance was 57:43.

Besides the main sanctuary, the Baily Chapel, complete with indoor stained glass windows, emerged out of a former basement classroom. A non-Adventist lady named M. Marjorie Bailey, living at Mirror, always faithfully gave donations to in-gatherers, Don Corkum and Annie Tym. Upon her demise, her estate left $14,000 to the church. Therefore the Bailey chapel, opened on December 19, 1988, was named in her honour. Today it serves for more private services and meetings, accommodating smaller groups such as the Junior Sabbath School division. The other children’s Sabbath School divisions also have their own classrooms.

In 1997, in its 35th year with a membership of 1,170, renovations were in order. Under the able leadership of Dennis Braun, associate pastor since 1992, and with the cooperative efforts of many willing volunteers, new offices, a larger glassed in foyer, expanded washroom facilities, a new public address system, a raised baptistery and a new platform realized. A new Casavant pipe organ completed the platform area. The next step was to replace the well-worn original pews. In July, 2001, a huge deliver truck delivered them unassembled. After much labour in assembling them, several persons took the opportunity to test the padded pews for comfort.

A kitchenette was later added in the basement making preparation for potlucks for visitors more convenient, while a dining room could be set up as necessary, providing accommodation for fellowship and doubling as an Earliteen Sabbath School class. CHIP, the Coronary Heart Improvement Program, with its first seminar here in 2003, could now utilize these facilities also, bringing hope and encouragement to community participants with coronary health problems.

In 2005, the trumpet chamade section of the pipe organ was completed to the delight of our church organist, Wendy Markosky. As well, a synthesizer was added to enhance the bass section, since the height of the church had no been sufficient to allow for the length of pipes needed.

In 2007 our first church newspaper Glimpses was published, keeping us aware of what was taking place in our church. An interesting feature zeroed in on the arrival of newborn infants in our community, thus acquainting members with the new families.

Many ministries have been conducted under the auspices of the church such as the CHIP program mentioned. The former Dorcas Society operating under the Central Alberta Dorcas Federation in the 1940’s, evolved into the Community Clothing and Food Bank Centre in its own building overseen by the church and supplying the needs of many. Humanitarian services for third world countries such as Kenya and Afghanistan now centre in A Better World organization, co-founded by Eric Rajah and Brian Leavitt in 1990, which has grown to include sponsors from the community including individuals, businesses, corporations and local schools.

The fist CHSDA Pathfinders club, a youth organization created in 1946 by the world Seventh-day Adventist Church, was established in the early 1950’s by Herman and Lillian Ganson. Members learn about God through His second book, Nature. Pathfinders involve youth 10 years and older, or in Grades 5 through 10. Through this club, youth have opportunities to experience fun activities and improve their skills and self-confidence. They also provide assistance for several community ministries, such as collecting food for the Food Bank.

Support is given by the church to college students who venture out as Student Missionaries for one or more years of mission service to foreign lands. The first student missionary, Les Anderson, sponsored by the Canadian Missionary Volunteer Society, in 1963 served on the mission boat, the Northern Light, which plied the coastal waters of British Columbia. The first truly foreign missionary was Alan Freed, who in 1968 served in Panama.

Throughout its history the church and the college have been inextricably linked together in service in various capacities. Former college students have become conference presidents, treasures, accountants, and departmental secretaries not only in Canada, but worldwide. Many, both members and students, have become important supporters of our church and local community as parents, labourers, farmers, construction workers, mechanics, electricians, secretaries, accountants, entrepreneurs, journalists, press workers, technologists, artists, writers, musicians, nurses, doctors, dentists, physiotherapists, social workers, pastors, evangelists, missionaries, teachers, administrators and others, all contributing to the beautiful mosaic of a church community, all members of the one body, the Body of Christ, and dedicated to His service.

We thank God for His many blessings through the years and pray that we may continue to serve faithfully in the years to come. 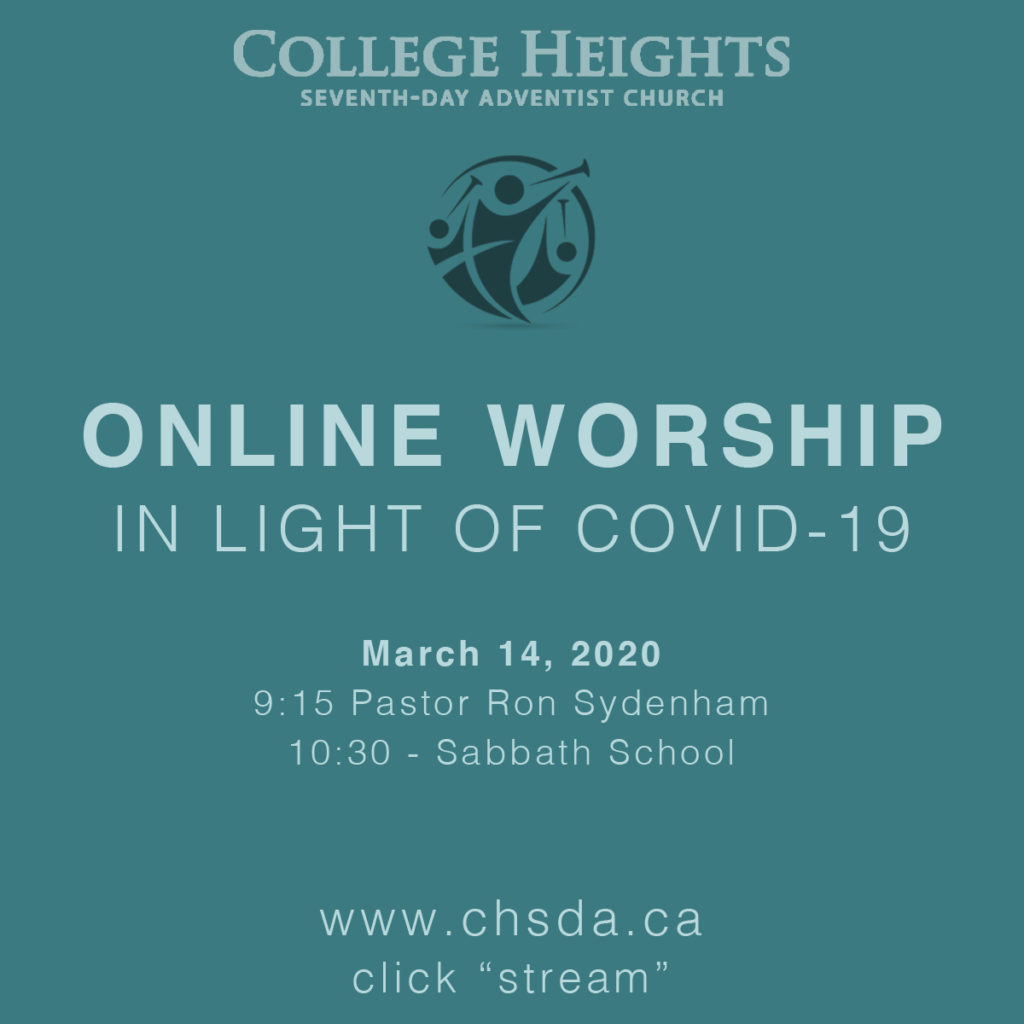